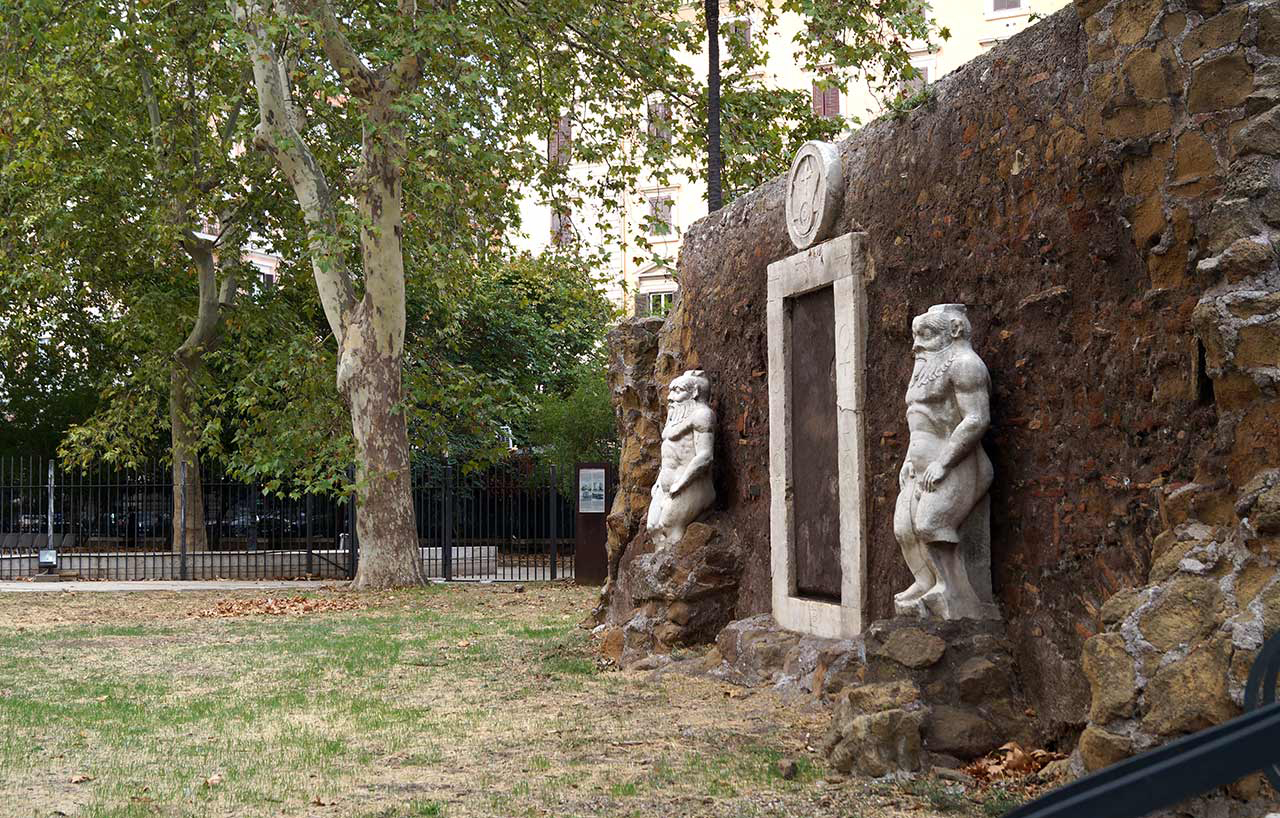 Rome eternal city, Rome open city, Rome cosmopolitan city. From whatever angle you look at it and whatever definition you want to give it, Rome never ceases to amaze. Its two thousand years of history, imprinted in the urban texture of the city, are mixed with myths and legends, mysteries and curiosities. Such as the "Porta Magica", one of the few alchemical monuments in the world set in a wall of the gardens in Piazza Vittorio, in the Esquilino district, a few steps from Termini station.

Porta Magica (Magic Door), also known as Porta Alchemica (Alchemic Door) or Porta dei Cieli (Door of the Skies), is the only remaining part of the ancient Villa Palombara. To understand its charm, we must go back in time, more precisely to the second half of 1600, when the villa was built by the Marquis of Pietraforte, Massimiliano Palombara, a lover of alchemy and a frequent visitor to the Roman court of Queen Christina of Sweden, also a lover of esotericism.

The legend, narrated by Francesco Girolamo Cancellieri, tells of a pilgrim (today identifiable with Francesco Giuseppe Borri) who, guest of the marquis, searched in the gardens of the villa for an herb able to produce gold. The morning after this search, the pilgrim was seen disappearing through a door, leaving behind some golden straws and alchemical formulas. The Marquis tried for a long time to decipher and understand the content of the formulas, but his efforts were in vain. So, powerless, he decided to publish the formulas by engraving them on the five doors of Villa Palombara, in the hope that one day someone would be able to understand the instructions to create the philosopher's stone.

According to another legend, the door was created by the Marquis Palombara as an access to his esoteric laboratory: in fact, it would have been him who engraved the alchemic symbols on the door in order to make the place gloomy and frightening farmers and curious travelers. Of the five doors, only one has survived the implacable action of time, and it is still visible today almost in perfect condition. 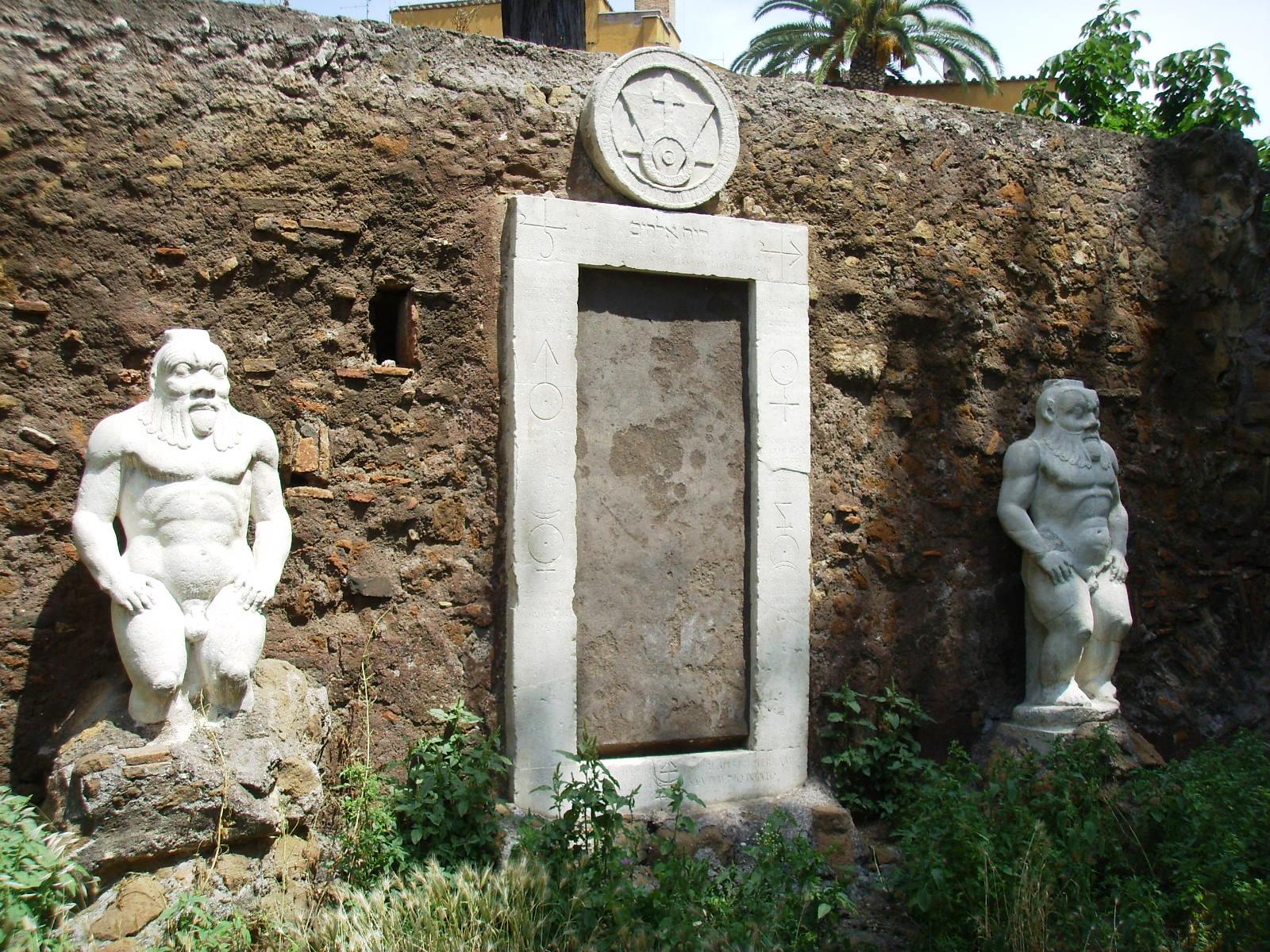 Originally positioned about 100 meters away from the current location, in 1800 the door was actually disassembled and then reassembled in the gardens of Piazza Vittorio, and it was supported by two statues of the god Bes, ancient Egyptian deity of war.

The alchemical symbols, engraved in the marble, belong to the category of classical illustrations of alchemy books dating back to the seventeenth century, of which the Marquis certainly had knowledge. Moreover, the symbols along the door represent the sequence of the planets and their association with the corresponding metals: Saturn-lead, Jupiter-tin, Mars-iron etc.

The meaning of the symbols and epigraphs engraved on the door are still a mystery, an inexhaustible source of curiosity and interest. Whatever the true story of the door is, it still feeds legends of ancient charm, which every day bring many curious people to visit the door and try to understand its hidden message. Will someone be able to do it sooner or later?