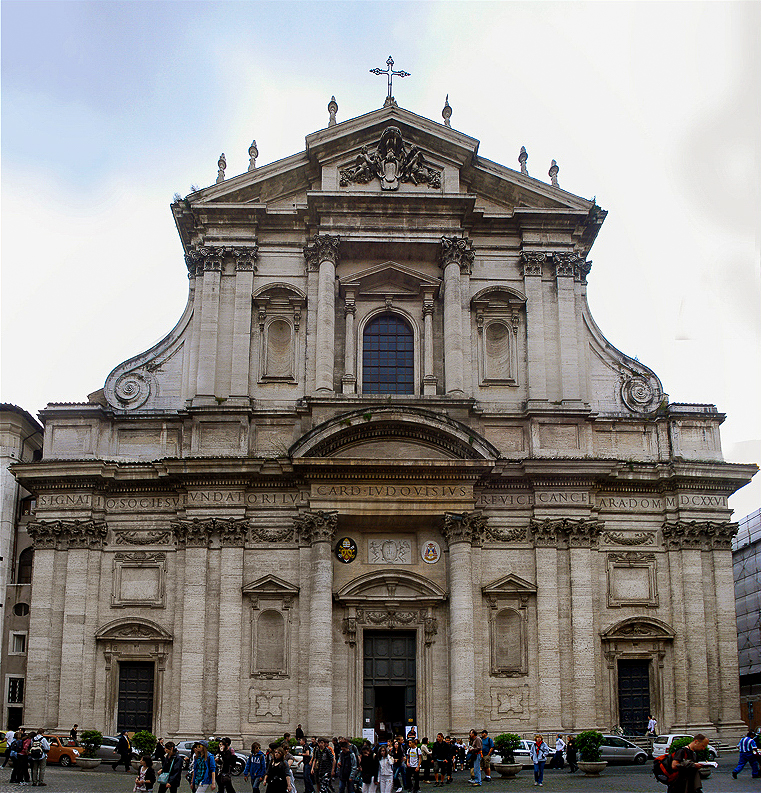 Rome, with its eternal charm and its secret corners, never ceases to amaze. One of the most interesting but not well known attractions is the so-called "Flat Dome" of the Church of St. Ignazio of Loyola,  a classic example of Italian Baroque, not only for its structure and its decorations, but also for the extraordinary optical illusions created by Andrea del Pozzo, famous author of trompe-l'oeil frescoes.

The church is located near the Roman College and it overlooks the square with the same name. You might think that it's a church like many others in the capital, but it's not. What impresses the viewer while entering the church are the particular geometries according to which it was built. When you cross the entrance and raise your eyes, you can admire the extraordinary and immense fresco by Andrea del Pozzo, dating back to the end of 1600, which seems to create a church within the church. The ceiling, in fact, seems to open in a wide three-dimensional space giving the illusion that the building is higher than it really is. But this is not the only optical illusion of the church.

For structural problems, or economic according to others, at the time of construction the vast dome at the center was not realized and, to overcome the inconvenience and not to leave unfinished the church, in its place a ceiling frescoed with the technique of trompe-l'oeil was created. This fresco is really unusual because if you stand in a precise point of the church, you can enjoy the illusion that makes the painting three-dimensional, as if instead of the flat vault there was really a majestic dome. The dome is in fact flat, it is a painting on canvas of very large dimensions, 17 meters in diameter. The effect is wisely supported also by the presence of the surrounding columns, as if they should support the weight of the structure. We realize the deception only because, moving from the disk, the dome assumes an impossible perspective because it appears for what it is: absolutely flat.

This perspective "game" was also created by Andrea del Pozzo, a representative figure of the late Baroque period, who was able to transform a church into a building so particular that it attracted tourists from all over the world. This church is officially outside the usual tourist routes of the city but, thanks to its features, it is one of the most interesting corner of Rome to be discovered. 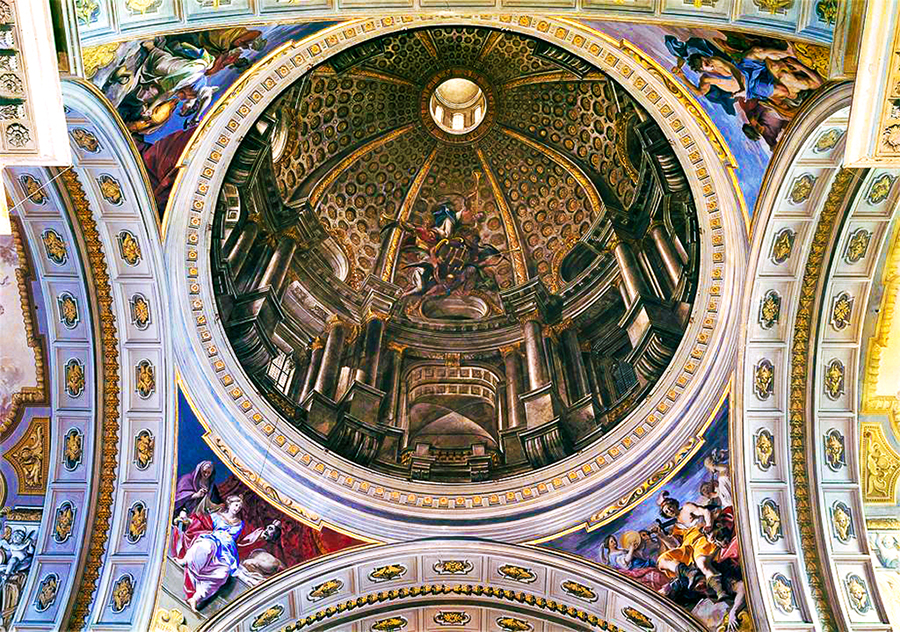