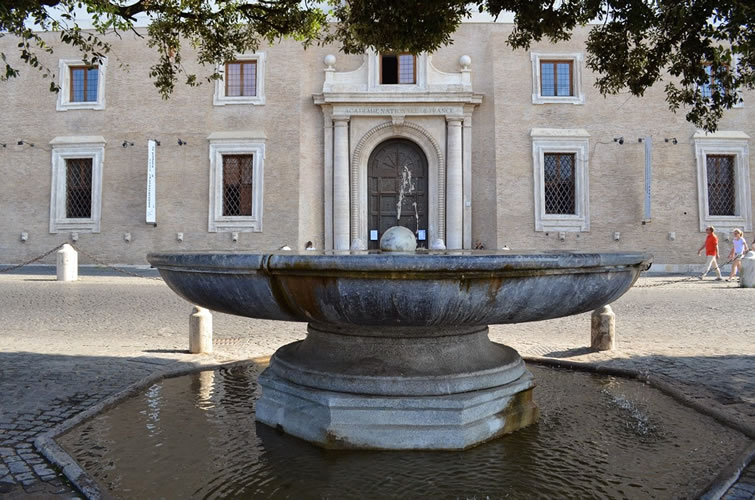 Along Viale di Trinità dei Monti, in front of Villa Medici, there is a very particular and little known fountain: it is the Fountain of the Cannonball, also known as the fountain of Villa Medici. Let us tell you here its singular story.

In 1589, Cardinal Alessandro de' Medici, later Pope Leo XI, commissioned this work to the sculptor Annibale Lippi in order to place it in front of the entrance of the family palace. For this purpose, Lippi elaborated and designed a large octagonal basin placed directly on the ground with a pillar in the middle that supported a smaller basin in grey granite. At the center of the fountain water gushed from a marble lily, the symbol of the Florentine family of the client.

So why today we find a sphere in the center of the fountain? Well, it is said that during a visit of Queen Christine of Sweden to Castel Sant'Angelo, she gave the order to fire a cannon shot right against the door of Villa Medici to invite the family to a hunts organized at the last moment. A rather bizarre expedient but not impossible to attribute to Queen Christina: educated as a man since she was a child, after converting to the Catholic faith she moved to Rome, where she created her own court with artists and illustrious intellectuals of her time. Thanks to her importance and her central role in the cultural and political context of the time, today she rests in St. Peter's Cathedral together with Matilde di Canossa, the only women to have received this honour.

In memory of this extraordinary event (halfway between legend and reality), the cannonball was preserved and placed in the fountain in front of the Palace, exactly in the center of the small basin. The cannonball replaced the small marble lily, the emblem of the Medici family and of the city of Florence. Very soon, as it happens almost always and almost for everything in Rome, it lost its original name (Trinità dei Monti Fountain) and it was given the nickname of Cannonball Fountain.

Today, those who take a walk in the romantic atmosphere of the park can admire the fascinating granite fountain with its curious decoration. It is also one of the many works of art with a curious history that the city of Rome has preserved for centuries. 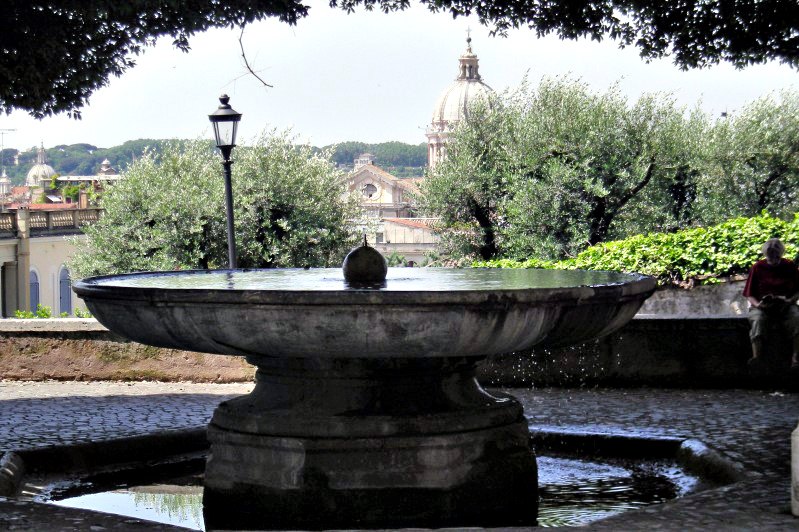