The Co-organizers list is provisional and updated on May 6th, 2021. Others Co-organizers will be added, accordingly to the progress of event organization. 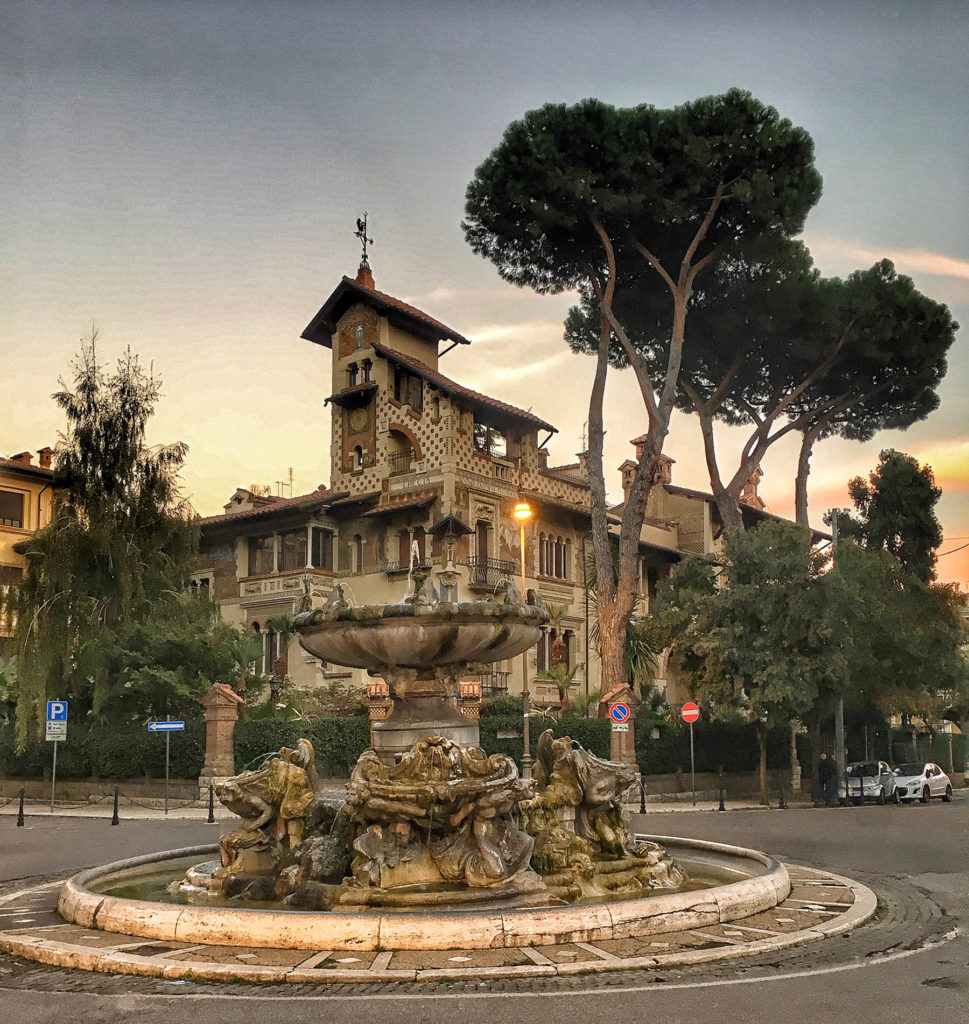 In the heart of Rome, in the Trieste district, a stone's throw from the historic center, there is one of the most characteristic areas of the city. We are talking about the Coppedè district, a complex of 26 buildings and 17 small villas that represent a corner of Rome with unexpected and bizarre features, a fantastic mixture of Art Nouveau, Art Deco, with infiltrations of Greek, Gothic, Baroque and even medieval art.

A richly decorated arch, connecting the two ambassadors' palaces, from which a large wrought iron chandelier descends, defines the entrance to the district designed and built between 1915 and 1927 by the eclectic architect Gino Coppedè, from whom it takes its name.

The ensemble of buildings, the incredible pastiche of architectural languages, which immerse the visitor in the sumptuous atmosphere of the early 1900s, is articulated around Piazza Mincio, where the central space is occupied by the Fountain of Frogs: an imposing fountain populated by 12 frogs. It consists of a central basin at street level and 5 smaller basins.

The first 4 are supported by a very decorated shell, while in the middle there is another basin on which 8 small frogs stand out.

The square is surrounded by buildings of different shapes and sizes; the two most important buildings, decorated in a fantastic and excessive way are: Building of the Spider and Fairies' House.

The first one takes this name from the spider placed on the window of the main door at the center of its web, golden on a black background.

The palace is very elaborate and perhaps the spider, precisely because it is industrious in weaving webs, is depicted to indicate the work of the architect. The facade is characterized by arches surmounted by a facade of clear Assyrian-Babylonian inspiration. 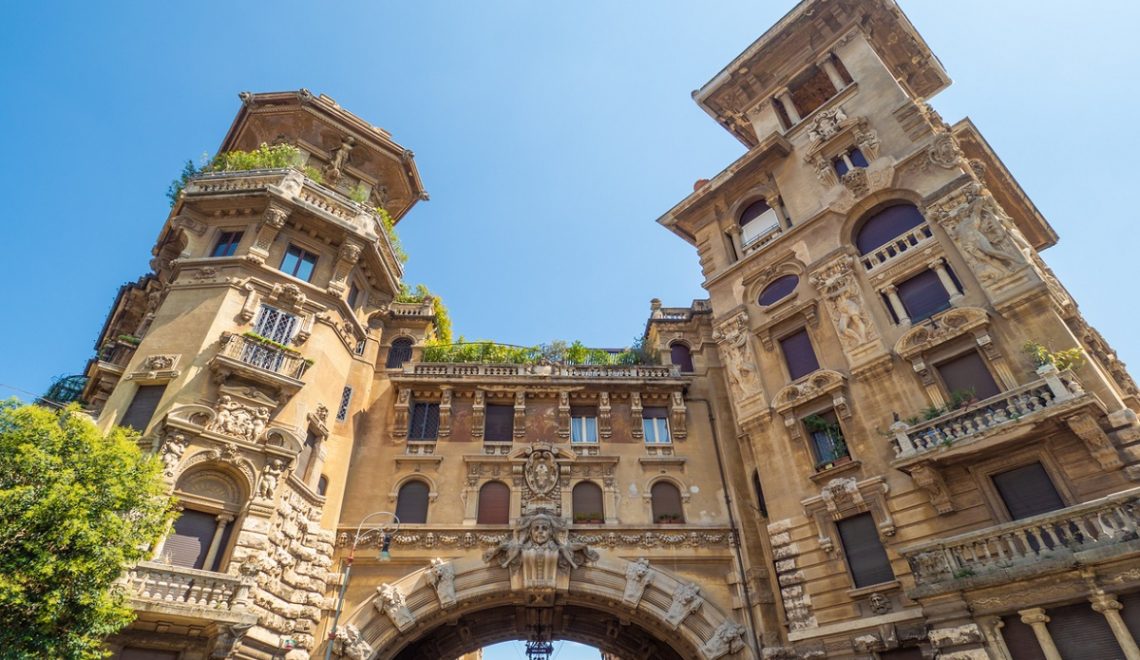 The second one, on the other hand, is characterized by a total asymmetry, with medieval arches and friezes made with the fusion of different materials, such as marble, travertine, terracotta, glass and it represents a tribute to the three most important cities in Italy: Rome, Florence and Venice. It represents a hymn, a praise to the Italian history.

Walking through the streets, it is really hard to remain indifferent: the district combines different architectural styles in a harmonious way.

From the gloomy neo-gothic elements described above, to the medieval style of the turrets, from the baroque paintings to the typically classical columns. In other words, an area really full of charm and attractions. It is really worth visiting this neighborhood away from the usual tourist routes.