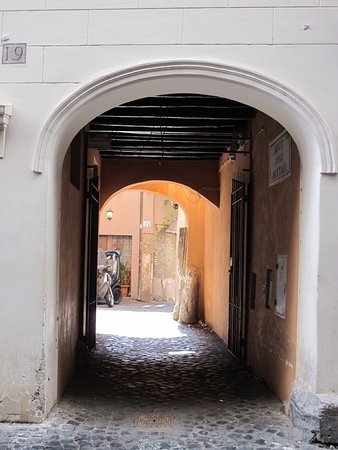 Despite what you might think, Rome hides several medieval corners and one of the most characteristic one is the courtyard bordered by the Arch of Acetari, where time seems to be stopped. It is located in the historic city center, a few steps from Piazza Navona. 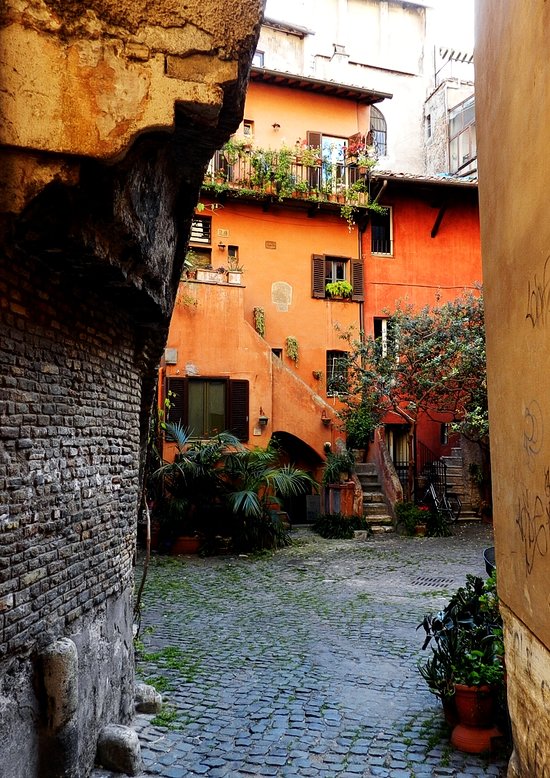 The beauty of the place comes from the fact that in the square, delimited by the arch, it seems that time has stopped and this probably because the area is not directly accessible by road. In fact, it is necessary to pass the number 19 of Via del Pellegrino (whose name should derive from the continuous travel of pilgrims to reach St. Peter and from the presence of an ancient inn called "del Pellegrino") and enter among the buildings to discover the enchanted atmosphere that this courtyard is able to offer: the external stairs, typical of medieval houses, the warm ocher plasters and the nature, that blends perfectly with the architecture, contribute to make this place even more picturesque.

The term 'Acetari' has not been well attested, however it is thought to come from 'Acquacetosari', later called 'Acetosari' that means the sellers of vinegar water which was presumably distributed in the adjacent market of Campo de' Fiori. The particular component of this water was actually considered curative.

Today the courtyard, of immense historical value, is occupied by small houses with characteristic balconies, richly adorned with flowers; this small corner still retains the appearance of a place of the late Middle Ages, with a folkloristic Roman aspect. The Arch of the Acetari is one of those points in Rome that we can define "hidden", "not visible", both for tourists and for the Romans themselves; however, it represents a place where simplicity means beauty.

Being hidden and having preserved an ancient and village-like appearance make this place very appreciated by those who love to take pictures. A real picturesque, unusual and original place in the heart of Rome, far from the chaos of the metropolis, where you can go back in time. 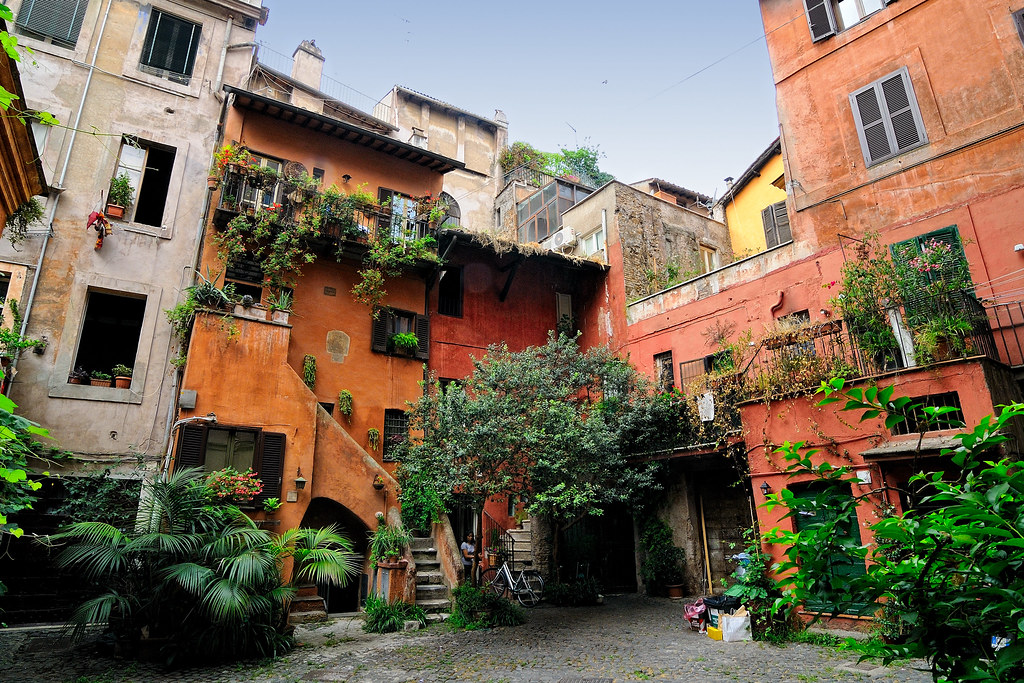