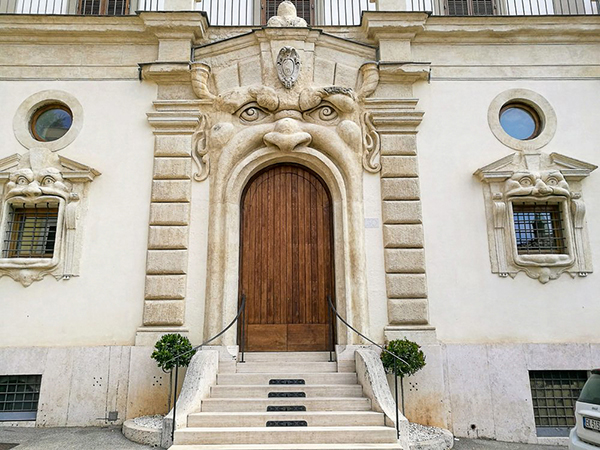 Palazzo Zuccari, a building that descends from Piazza Trinità dei Monti, along Via Sistina and Via Gregoriana, is popularly called the House of Monsters. But why is it called in this way? The name is due to the fact that on the front door of this ancient palace is depicted the face of a monster, with huge eyes and nose and a gaping mouth, the only remaining element of the original building.

Federico Zuccari (1539-1609), was an important mannerist painter, who designed the palace following his own talent and creative inspiration. The assignments and commissions led him to various Italian and European cities, which put him in contact with the best artists of the time and allowed him to know cultures and traditions. He was fascinated by the esoteric knowledge that represented at that time the only alternative to religious doctrines in trying to explain physical and natural phenomena.

His interest in the magical and esoteric world led him to choose this style also for the decoration of his palace, deciding to place the face of a monster right on the main entrance door. Obviously, for the artist this was a clear message: to amaze and frighten anyone who admired the palace, but also to show that he belonged to an elite of artists who held mystical knowledge. 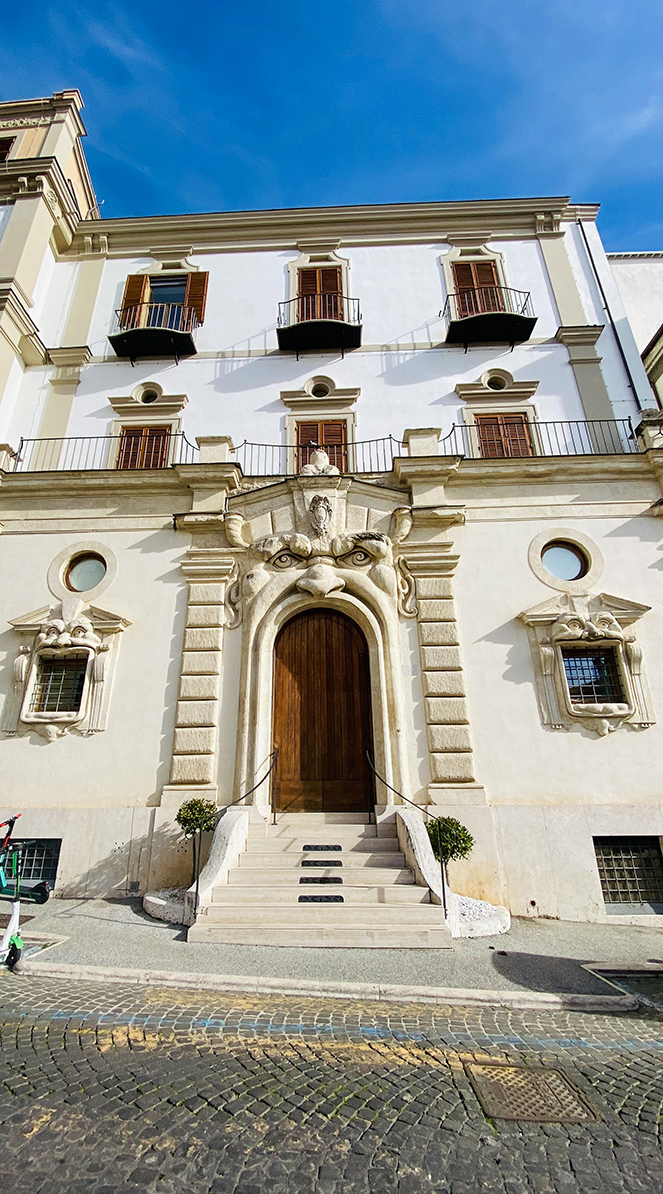 In 1702, the palace was rented to the Queen of Poland, Maria Casimira, who turned the palace into a cultural center. Later, with the new owner Alessandro Nazzari, the cultural imprint was not reduced, as the palace became in part an inn for artists, basically fulfilling the wishes expressed by Zuccari, who wanted that at his death, the house became a residence for artists. There lived among others Winckelmann and Louis David, who painted here "The Oath of the Horatians".

In 1756 a part of the building was sold by the new owner, Marquis Grifoni, to the Brothers of the Christian Schools.In 1904, the palace was purchased by Enrichetta Hertz, who had a three-storey building constructed on an area of the garden: the result was a large complex, in which Hertz placed an important collection of paintings and a very rich library.  The charm of this house was congenial to the sensitivity of Gabriele D'Annunzio, who frequented the living room of Hertz and immortalized it in the novel "Il Piacere" in 1905. Today the palace attracts visitors not only for its uniqueness, but also for the rich history that has made it one of the most fascinating buildings in the historic center of Rome. 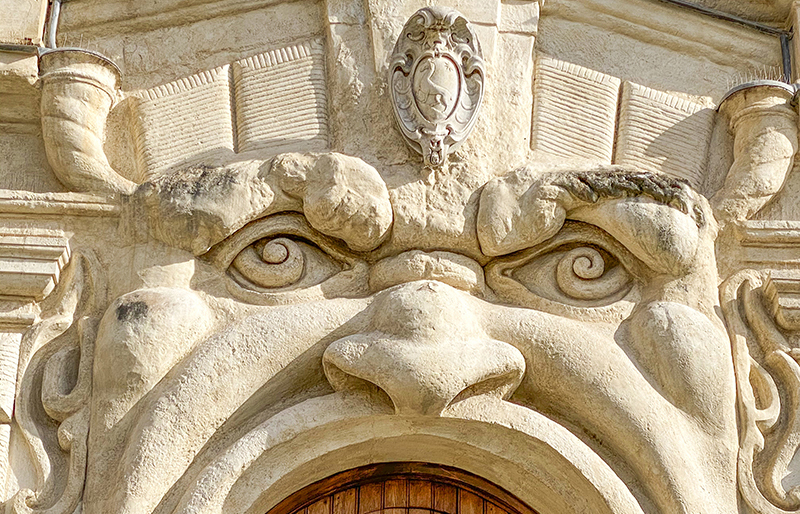