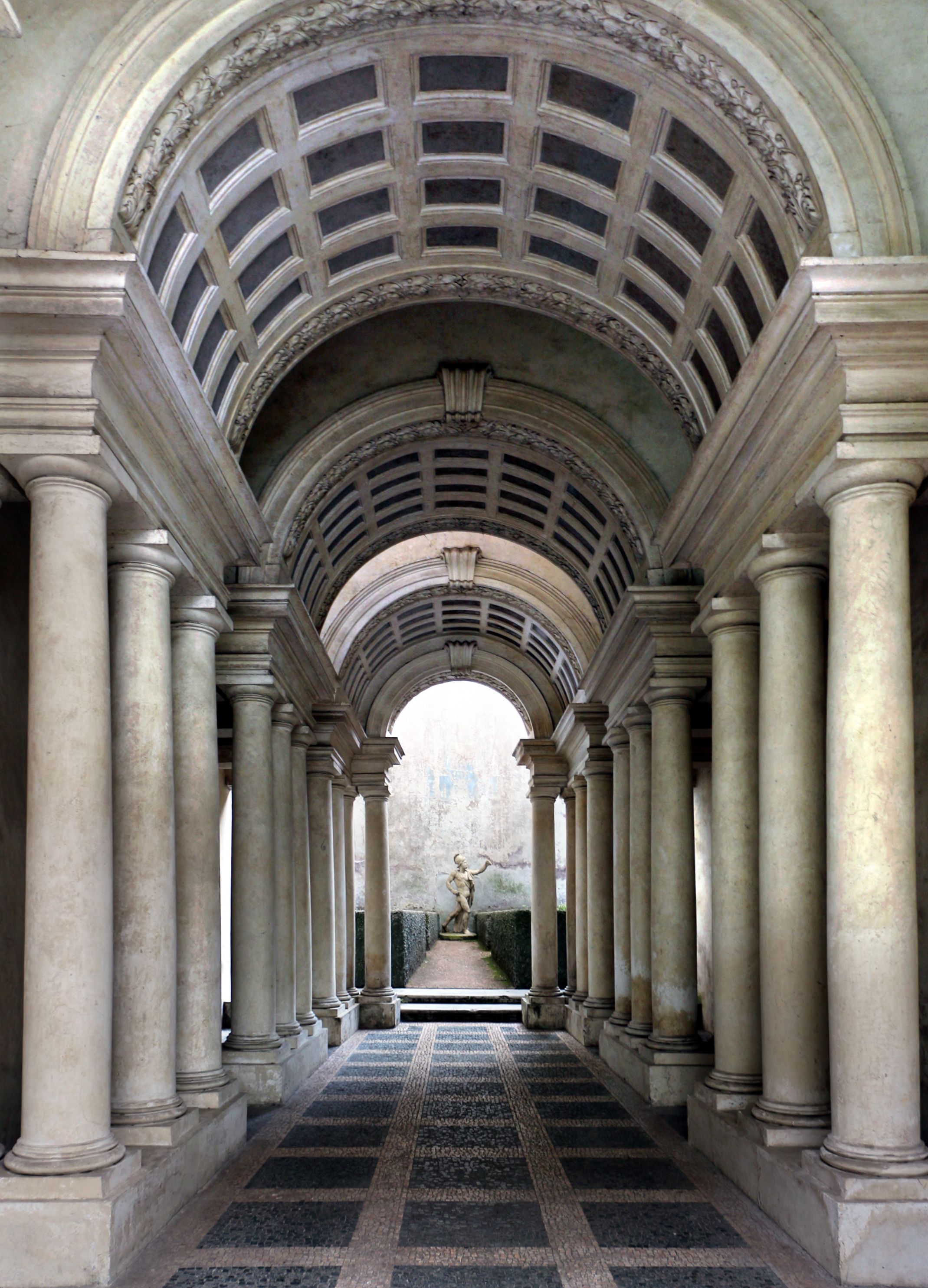 Maybe not everyone knows the fake perspective designed by Borromini in Palazzo Spada.

In the historical center of Rome, in a small square in the Regola district, a stone's throw from Campo de' Fiori and Palazzo Farnese, there is an impressive building of the 16th century, strongly desired by Cardinal Girolamo Recanati Capodiferro: Palazzo Spada, today seat of the Council of State and the gallery of the same name.

The palace was bought in 1632 by Cardinal Bernardino Spada, who commissioned Francesco Borromini to modify it according to the new Baroque trends of the time.

Built in only one year (1652-1653), the gallery is part of the project of renovation of the 16th century palace, in which Gian Lorenzo Bernini also participated.

Borromini designed the perspective colonnade in the atrium of the palace in a very reduced space, succeeding in rendering the effect of depth through targeted architectural expedients. What the viewer perceives as a 40-meter-long gallery is actually only 8.82 meters long.

Using the principle of accelerated solid perspective, the different planes converge on a single escape point: the side walls are not parallel but convergent, as well as the floor and ceiling of the gallery.

So while the floor goes up, the ceiling goes down and the walls converge. The columns gradually decrease in height and if the height of the gallery at the entrance is 5.8 meters at the end it reaches 2.45 meters.

The back wall was originally painted with a fake vegetation, then replaced in 1861 by a statuette of a Roman warrior - now a reproduction - which becomes visually the escape point of the entire work.

The statue, just 60 centimeters high, contributes to create the illusion game that this small gallery is able to produce in the spectator.

The entire perspective illusion of the gallery of Palazzo Spada has been interpreted as the desire of the commissioner to create a parallelism between earthly life - in which the senses are deceived by the illusory nature of life - and spiritual life, the only one that can lead to salvation.

But after all, perhaps, the fake perspective of Francesco Borromini's colonnade hides a universal message that transcends the ages, that is: “don't just look at appearances, but go beyond, because there is always a hidden reality".

The result is an incredible illusionistic work, an artifice of baroque art that plays with the view of the visitors.