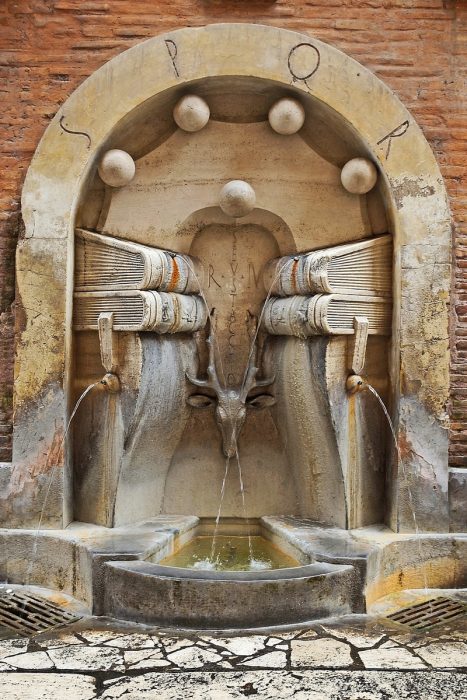 Located between the Pantheon and Piazza Navona, the district of Sant'Eustachio is the eighth district of the city of Rome and takes its name from the homonymous Basilica. The division into districts of the capital dates back to the sixth century BC under Servius Tullius. During the imperial age, Augustus increased the regiones from 4 to 14, beyond the ancient walls of the Republic. After the Roman period, the administrative organization of the city changed continuously, passing from 12 districts in the twelfth century to 22 in 1921.The districts describe the history of the eternal city and an exemple of this is located in Via degli Straderari, where you can admire the Fountain of Books.

As we said, the Fountain of Books is located in via degli Staderari, a name that recalls the ancient manufacturers of scales, once existing in this area. The fountain is located inside a niche crowned by a round arch on which the inscription SPQR stands out and presents underneath a deer head (symbol of the district of S.Eustachio) among four ancient books, two on each side placed on two lateral shelves, naturally in honor of the Sapienza University, which stood nearby. The water flows from two spouts in the shape of bookmarks placed on the upper tomes and two others, placed laterally on the lower tomes. 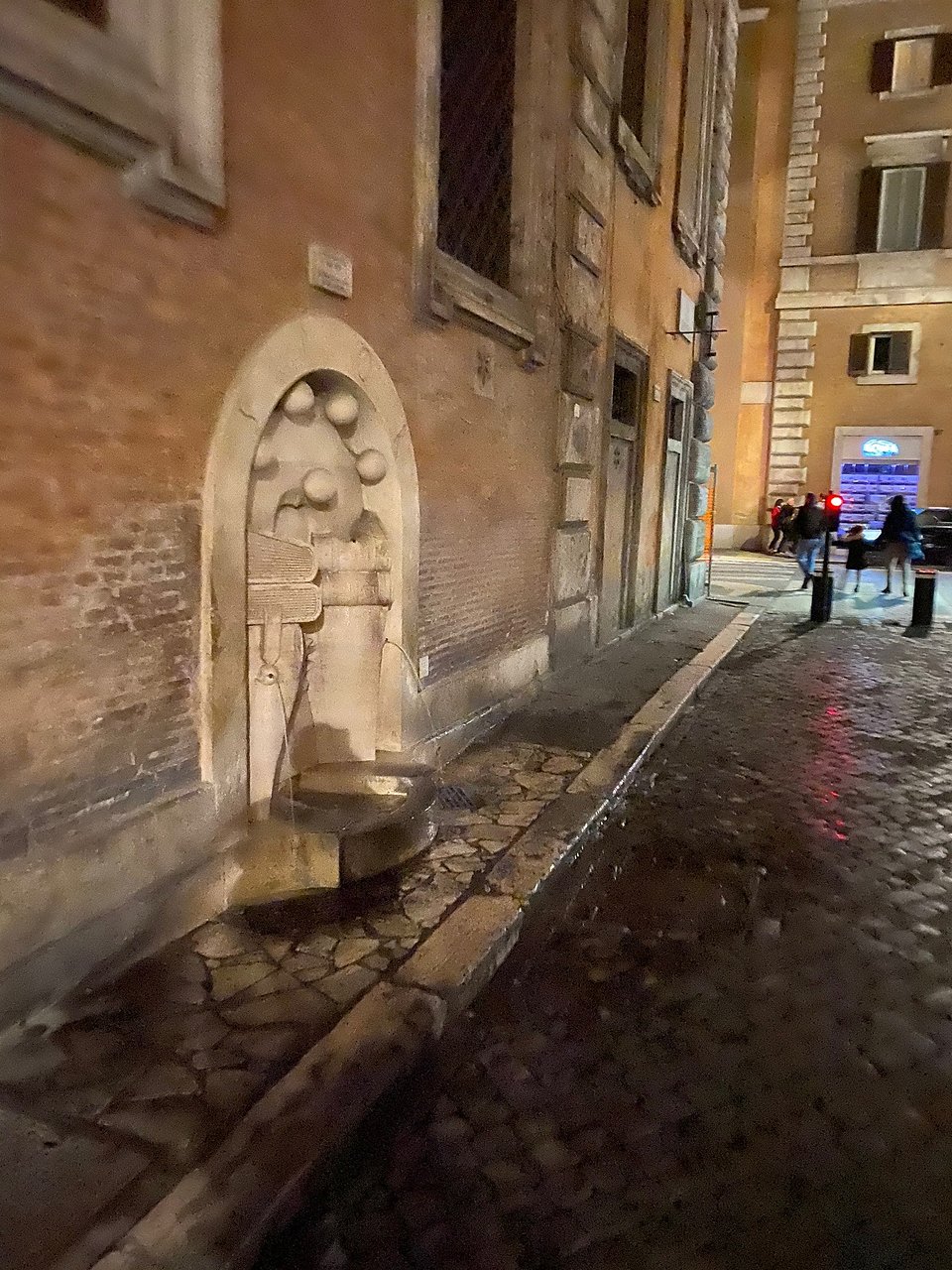 This composition in travertine was made in 1927 on a project of the architect Pietro Lombardi and it is part of those fountains commissioned by the Municipality of Rome that wanted to restore in various points of the city some symbols of ancient districts or disappeared trades. The deer head is the symbol of St. Eustachio district and it recalls the event of the conversion to Christianity of the Roman general Eustachio to whom a deer with a luminous cross between its horns appeared.

Some curiosities: at the center of the fountain, between the horns of the deer, is engraved vertically the name of the district and horizontally its numerical reference, but there has obviously been an error because Eustachio corresponds to the district VIII and not IV as clearly engraved. In addition, another mistake is found in the writing of the name of the district, Eustacchio, in which there is an extra C. In short, this is a corner of Rome really curious and interesting from the historical and cultural point of view.